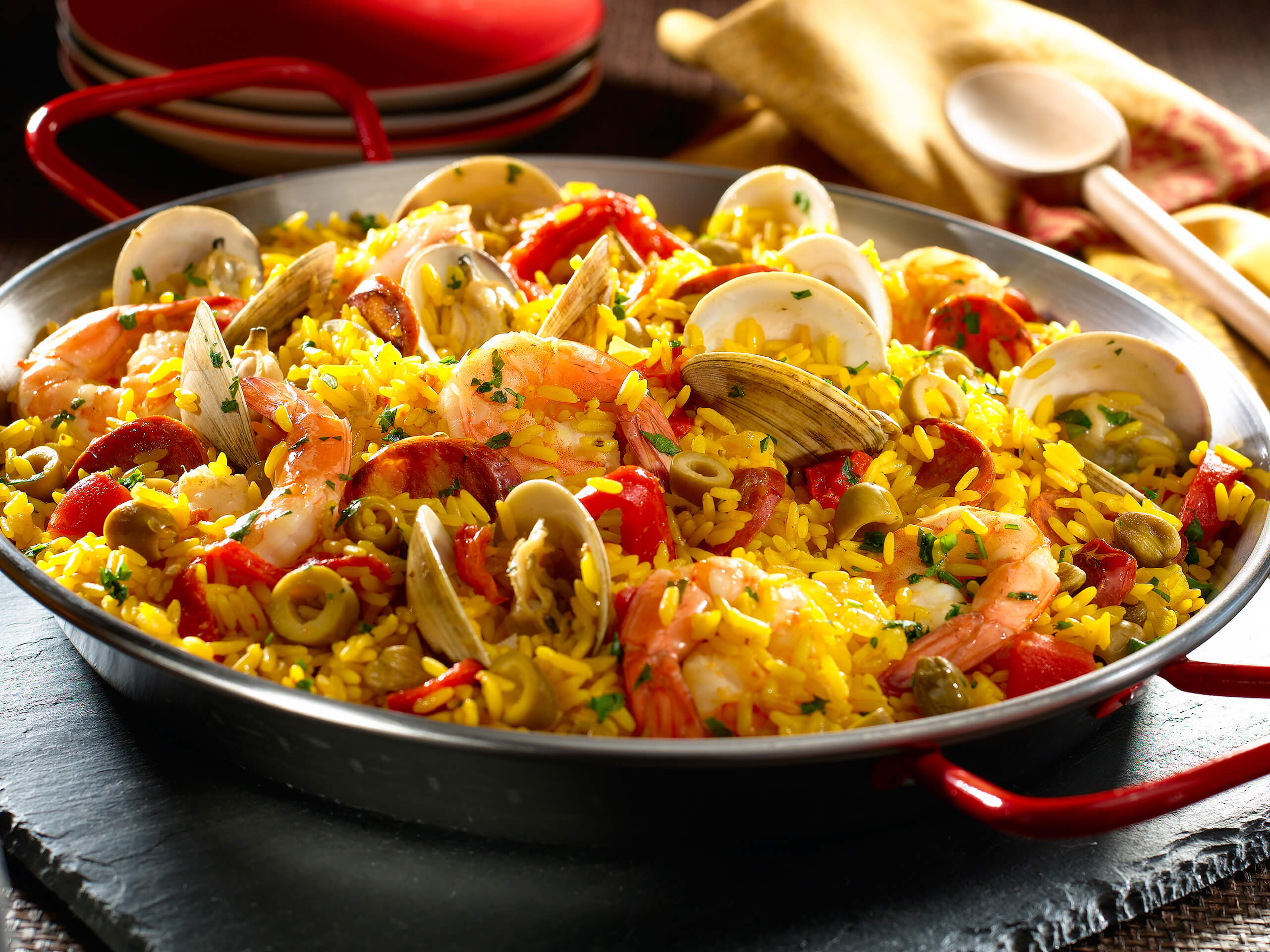 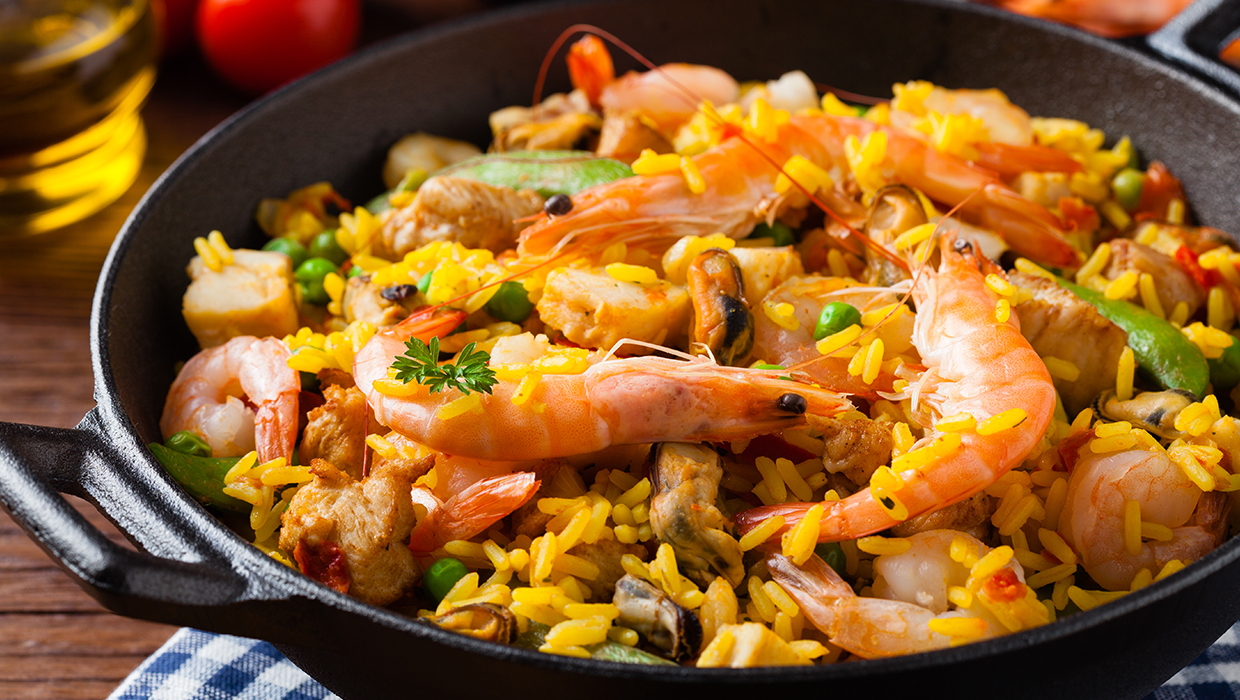 Enchiladas consist of a large corn tortilla, which is used to hold in the different fillings. Like burritos, these fillings are usually a combination of rice, beans, meat, veggies, and lots of salsa. Enchiladas will be wrapped up, and then they will be covered in extra salsa and cheese before being served on a plate.

The main ingredients in every paella dish are rice, saffron, chicken, and vegetables. From there, ingredients vary depending on the type of paella or region where it's made. The ingredients in this easy paella recipe include: Produce: onion, bell pepper, garlic, tomatoes, parsley, and frozen peas.
Salmorejo
$7.99
This traditional soup is made of tomato, bread, extra virgin olive oil and garlic
Tacos
$7.99
A taco can be made with a variety of fillings, including beef, pork, chicken, seafood, beans, vegetables, and cheese, allowing for great versatility and variety. They are often garnished with various condiments, such as salsa, guacamole, or sour cream, and vegetables, such as lettuce, onion, tomatoes, and chiles.
Crema Catalana
$9.99
Main ingredients: Milk, sugar, egg or egg yolks, vanilla, corn starch
Leche Frita
$5.99
It is made by cooking flour with milk and sugar until it thickens to a firm dough which is then portioned, fried and served with a sugar glaze and cinnamon powder